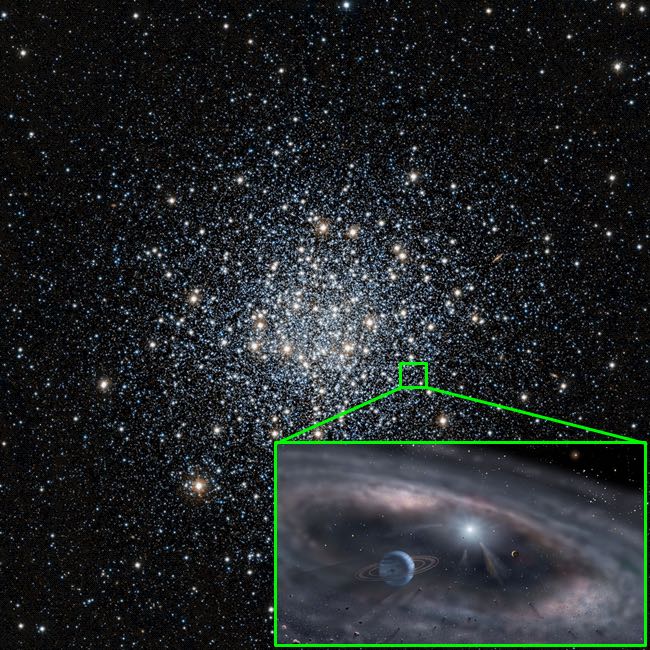 Nature seems to prefer clustering: most stars and planets are formed in star clusters. Will the birth environments of exoplanets affect their present-day properties and orbital architecture? This study aims to answer this question.

The term planet originated from Greek, meaning "Wondering stars". This term is rather ancient, at least a few thousand years old. However, only until the late 1980s or early 1990s have we discovered planets outside our Solar System. The term "extrasolar planets" or simply "exoplanet" is then invented for referring this kind of planets. As of October 2017, there are more than 3,600 exoplanets confirmed (see e.g. http://exoplanet.eu/).

Observational data show that not all planetary systems look like our Solar System -- flat and with many planets on roughly circular orbits. In fact, they look very different from each other. Why? Is it because the planet formation process is different in different environments? Maybe. The protoplanetary disks may be truncated or photoevaporated in the star cluster environments, which in turn produce different species of planets.

But the planet formation timescale is short (a few Myr) compared to the dynamical timescales of the parental clusters. This means that before the cluster dissolves, there is plenty of time for the newborn planets to be exposed to the high-density stellar environments. The story is very interesting here: a member star in the cluster flys by the vicinity of a planetary system, which in turn exerts a tidal force to the planetary system. The planetary system responds to this tidal effect: outer planets with wide orbits may be tugged away from their original orbits. Their orbits become more eccentricity, which allows them to dive into the inner regions of the planetary systems and perturb other planets. Eventually, the entire system becomes highly chaotic. Some planets may get kicked out through this dynamical process. Some planets are excited to eccentric and/or inclined orbits.